The response of our audiences at the two performances of Paweł Łukaszewski’s Via Crucis we gave last Friday and Saturday in Norwich and Cambridge was unprecedented. It is one of those great contemporary works with a searing spirituality which people respond to, whatever their faith or beliefs, right up there with James MacMillan’s Seven Last Words from the Cross, Arvo Pärt’s Passio and Miserere, and John Tavener’s Veil of the Temple. Not that Via Crucis is in any way ‘like’ these latter pieces in form: it is rather its impact, and its ability to cut through any cynicism about the reality of faith which should establish it as a repertoire piece. It was certainly a privilege to introduce the work to UK audiences. We recorded it for Hyperion, so watch this space for news of its release.

Having unleashed this maelstrom of a work on us, Paweł sat calmly with Adrian Peacock, the CD producer, as you can see in the following photos, which also show Stephen Layton and Polyphony. 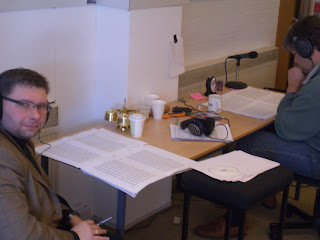 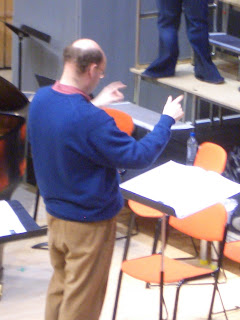 Posted by Britten Sinfonia at 13:05