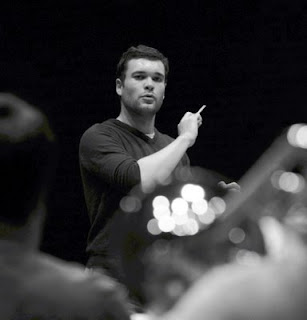 Whilst certain aspects of this ritual inform my piece, it is perhaps the more literal sense of the word tenebrae – ‘shadows’ – that provides the work’s generative idea. Shadows, only most obviously appearing in the guise of string tremolandi or woodwind fluttering, are cast in various ways around principal melodic figures and lines (at the opening provided by the cor anglais). These shadows lengthen and recede, double and transform, divide and combine, and at times even proceed to develop along their own independent paths.'
Posted by Britten Sinfonia at 17:13