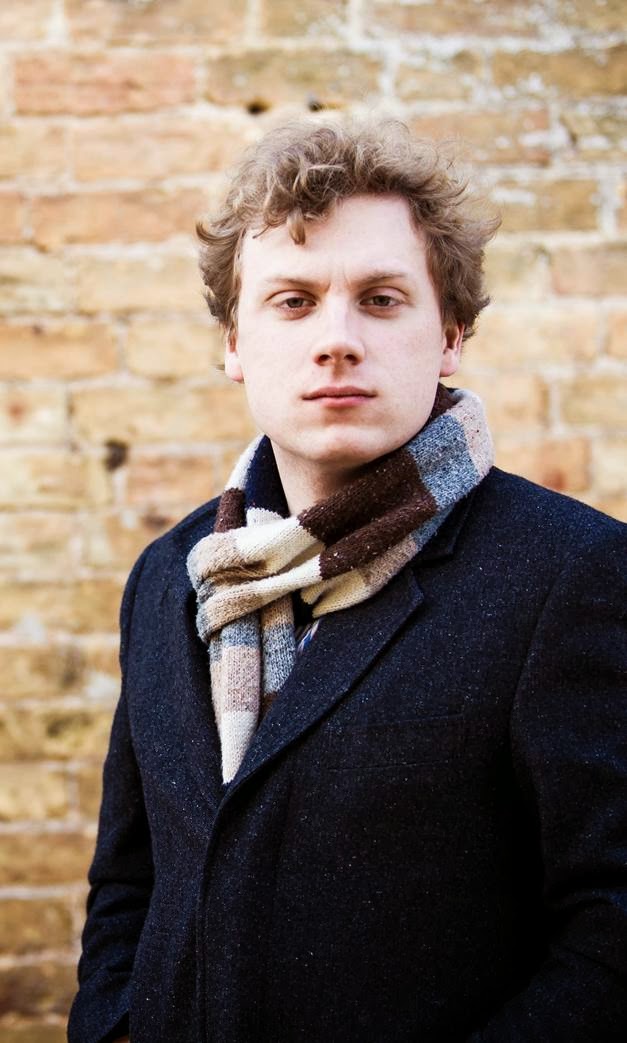 Britten Sinfonia will premiere William Cole's new work, Versa est in luctum in March. Through the Musically Gifted scheme you can help support William's new work - donations close at 5pm on Friday 7 March. William was the winner of the 2013 University of Cambridge's composition workshop held in partnership with Britten Sinfonia and recently graduated from Clare College, Cambridge. We asked William a few questions about himself and his inspirations;

What do you love about Music?
I do a lot of singing. From a young age I’ve sung in a lot of large spaces. My attraction to music, a lot of the time, is how music sounds in space. And it depends on the acoustic, like large cathedrals. I’ve sung a lot of church music where you have soaring lines and lots of space so there’s time for the music to really sound in a large space. This piece will be in a smaller concert hall but I still feel like that tactile sense of sound in a space is really important to me.

As a child, what brought you towards music?
I was a chorister. There is something very physical about making music and I liked the sense that music was something that you had a rather relaxed attitude with and just did all the time. Treating it with respect but not too much reverence, which I think is quite important for composers and musicians today, to not spend too much time worshiping the music but treating like a living object.

What inspires you?
The music that I do, that I sing and play is often a starting point for music, and actually the notes themselves as well. The way they interact and the games they seem to be playing in and of themselves I find really inspiring when I’m sketching.

The process of sketching is utterly absorbing and it breeds itself, you can start with a very small object and you just explore it, and see it from different angles. It almost seems sometimes that out of a small idea there can be four or five pieces that go in different directions somewhat. So a lot of the time I don’t actually lack for inspiration, it is actually finding the right space and frame for the idea that is the challenge.

Are you inspired by anything else than music?
Landscape is often a very powerful force. I’ve done a lot of travelling as a musician, touring, and seeing a lot of different things. Not necessarily nature, often urban landscapes are very exciting to see. Words, text, the relationship between text and a piece of non-verbal music is an interesting one, how some words can inspire a particular sound. I suppose it depends on what type of poetry you’re working with. But actually, music is the main influence.

What do you think about new music and what we’re doing with Musically Gifted?
It’s absolutely brilliant because it opens up the piece in terms of ownership to a larger number of people. I think theres something really beautiful about a piece of music which everyone feels is part of a collective ownership. Like music that we all know, folk songs, the national anthem, big hit tunes that we sing at football grounds and the rugby grounds.

I can’t imagine that what I write will be sung in a football ground but the hope is that it has some kind of feeling of being part of those who come to listen to the piece, that it feels like an event that is shared amongst us rather than just between composer, player and then audience. So they’re not the last link but there’s a full circle and they’re there from the beginning so it’s one collective object.

If you hadn’t become a musician, what might you have done?
I did quite a lot of acting when I was in school, which was fascinating. I also might have been a chef, I am a big cooking fan - especially a pudding or breakfast chef, probably would have been my career of choice.

What’s your musical guilty pleasure?
I’m a real fan, in my spare time, of Simon and Garfunkel. The sound of it is very beautiful, but also some of the songs, when they just have the same tune round and round again and different words, it’s exactly what Schubert was doing. The way that those words are set is unbelievably poignant sometimes, and using the same tune ever again has different meanings each time and you get a really bittersweet feeling. I can learn a lot from them. It’s not particularly guilty compared to what some people listen to.

That’s not guilty on any level!
No ok. Sorry. Shall I try again?! I don’t really have any guilty pleasures I suppose…

How and where do you relax?
I’m the kind of person, I think, that doesn’t relax very much. But when you’re on tour and you’re doing music, you kind of have little pockets of time where you have to switch off, because you have to switch back on. So because of that, I like to travel and explore new cities and new places. I like reading, and cooking, it’s quite a good way of relaxing.

How do you see yourself in ten years’ time?
Hopefully doing lots of different musical things. I’ve always composed but also sung and I do a lot of conducting as well. So hopefully I’ll find a way to keep all of these things in balance because I think they really feed into each other and they’re a really good way of not getting too obsessed on one thing at one time.

And finally, could you please summarise yourself in one sentence?
Omnivorous in a number of ways!


William Cole's new work will be performed by Britten Sinfonia as part of its At Lunch series on Friday 14th March at Norwich's Assembly House, Tuesday 18 March at Cambridge's West Road Concert Hall and on Wednesday 19 March  at London's Wigmore Hall. Click here for more info.

Posted by Britten Sinfonia at 10:58