Music, concerts and composing according to Ben Comeau 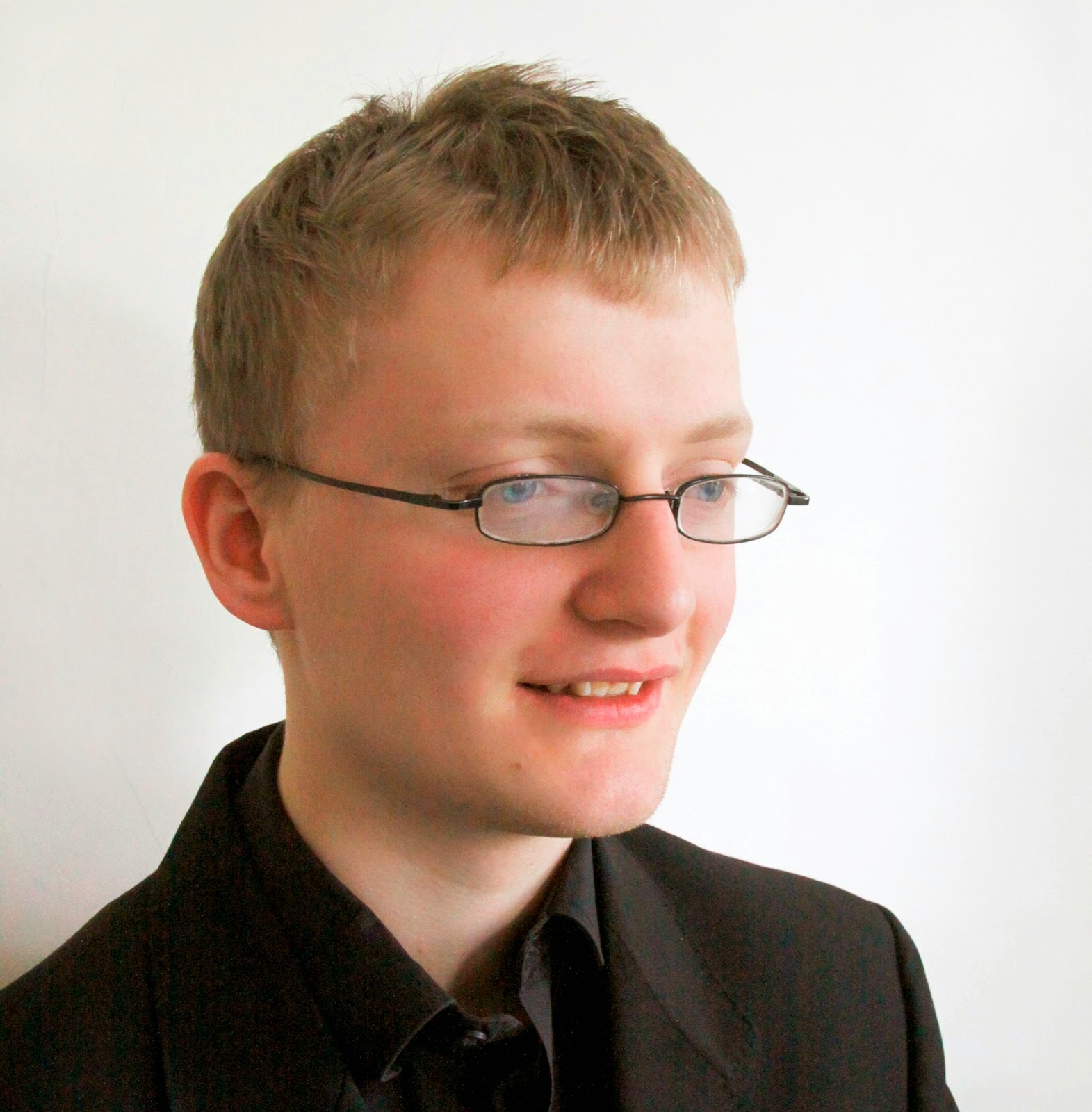 Ben is a young Cambridge-based composer who won the 2014 Cambridge University Composers’ Workshop. As a result Ben is writing a piece for our 2014-15 At Lunch series which you can support through the Musically Gifted campaign. Ben is in his final year studying music at Girton College, Cambridge, where he divides his time between composition, piano, organ and jazz. He has written and performed two piano concertos, performing the second in venues including Birmingham Symphony Hall and St. Martin's in the Fields.  On organ, he won the inaugural Northern Ireland International Organ Competition, playing part of his own transcription of Stravinsky's Firebird Suite. In this blog post Ben discusses his inspirations, what he's listening to currently and what advice he'd offer other young composers;

How would you summarise yourself in one sentence?
I'm not sure it's my place to answer this, but I think it's safe to say I'm curious, scatter-brained, obsessed with a huge variety of different kinds of music, and always seeking to learn new things.

What's your earliest musical memory?
Getting Hanon piano exercises stuck in my head after listening to my dad teaching the piano at home from my bedroom all day.

What inspires you?
Just sound itself – I almost never get inspired to compose by anything extra-musical. I often get inspired after listening to someone else's music though.

When was the last time you experienced writers' block, and how did you move on from it?
I can't exactly remember when the last time was, but I often find simply taking a break or listening to some contrasting music can help. Sometimes I just need a good sleep. I've been fortunate to only ever have short-term writers' block.

What advice would you give to other young composers?
Compose as much as possible; analyse other musical works in lots of depth; analyse your own work – it's easy to feel polarised about your work, either falling in love with it or thinking it's worthless (sometimes changing overnight about the same piece) but it's perhaps better to analyse which elements in the piece make you fall in love with it, and what weaker elements might cause you to temporarily hate it. You can then work on improving the weaker elements.

Which musical instrument do you wish you could play, and why?
I've recently become interested in the saxophone, because of its astonishing variety of timbre. I've been inspired by John Zorn's extended repertoire of weird and wacky squeaking sounds from the instrument; I don't know anything about how to actually produce such sounds. I also wish I were a good singer – I think there's something fundamentally spiritual about the human voice, going to a deeper level than any other form of music making. A central feature of most, if not all, 'primitive' societies was communal chanting, often with a religious purpose. Unfortunately I'm not blessed with a fine voice.

How do you feel about new music and what we're trying to do with Musically Gifted?
New music is obviously inherently experimental, in the very literal sense that it is generally an experiment to see if something will work or not. Some new musical experiments will be failures and will not move anyone, will not stir emotions or have any other use. Other musical experiments will open up vast realms of human emotional experience, move us to tears or open our eyes to an entirely new way of looking at the world.

If “music expresses that which cannot be said and on which it is impossible to be silent”, then it's interesting how often we are finding new things which have not been expressed or said before, which could not be expressed except through music. I don't believe that most of us have tapped through a tiny fraction of the range of experiences the human brain is capable of, and music almost certainly has far more to say to us than has yet been said. Of course, this all requires a positive attitude towards the idea of experimentation. We must dedicate time and resources to opening up new musical avenues, and there is lots of potential reward for this.

Musically Gifted is a brilliant endeavour which is investing in the search for new forms of human expression and communication.

What's your musical guilty pleasure?
That's a strange concept really. Any kind of music that brings you pleasure pretty much justifies itself, without one needing to feel 'guilty' – I think? I can get really into Queen or Abba, albeit in small doses…

If you turned your iPod on now, what would be playing?
I’m currently starting to explore indie rock – I’m fairly unknowledgeable, but the last thing I listened to was some Grizzly Bear which I enjoyed (mainly for the harmonies/structures; I can't enjoy the vocal style so much). I've also been listening to Stravinsky's Firebird Suite; I've made an organ transcription of the work, and I’m performing it for my final recital-exam at Cambridge University.

The last concert you saw?
I play in far more concerts than I go to see (for better or worse)! The last I played in was Messiaen's Quartet for the End of Time, in Kettle's Yard, Cambridge. The last I saw was a student piano recital by Sasha Valeri Millwood, in Girton College, Cambridge. He improvised links between the pieces; apparently a common practice in the 18th century. I wonder if this could be revived in the 21st century – I'm a big fan of improvisation.

If you hadn't been a musician, what might have happened?
I can't remember imagining myself to ever be anything other than a musician – but I also have a big interest in philosophy, politics and ethics, with an activist streak. I might have been an environmental campaigner, or gone into academic study of philosophy.

Any plans for the summer?
Travel (not sure where), practice, read!

Ben's new work will be premiered during the At Lunch 3 performances in London, Cambridge and Norwich in February 2015. Find out more here