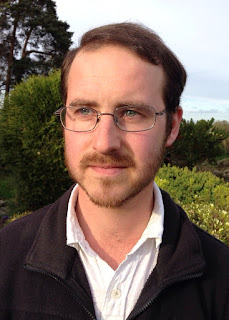 Where are you from? Where do you live now? Do you think this is relevant to understanding your music?

I am originally from Dymock in Gloucestershire, and currently live on the Llanover Estate in Monmouthshire. Nature and the countryside has always played an important role in my life and so also in my work, and like with anything knowing more about the music’s inspiration etc can deepen a listeners understanding or appreciation of it. However, I always try to create a sense of abstract unity or identity in a piece, and hope that it stands up on its own without much extra-musical context.

How will you approach writing your OPUS2016 composition for Britten Sinfonia?

Not 100% sure yet.. I have a few ideas but I’ve only just found out that I’ve been shortlisted - I’ll have to think quickly though as sketches are due soon!


Who have you worked with previously? What ensembles/orchestras/organisations?


When did you first start to write music?

I started writing little songs on the guitar/piano when I was about 9 or 10, then started trying to write little piano pieces down when I was probably about 11 or 12.


Describe your growth as a composer to this point. What were the pivotal points?

I’ve had a slightly bizarre development as a composer in some ways I suppose – when I started really trying to get to grips with composition around age 14-15 I was obsessed with Bach, counterpoint and the harpsichord on the one hand; writing lots of contrapuntal fragments and harpsichord minuets, and on the other hand I was playing drums in a series of grunge bands. I soon went on to more expressive or romantic character pieces and tried my hand at orchestral writing quite a lot, studying scores and writing ambitious scale tone-poem type pieces (none of which I’ve ever heard – but I managed to gain some technique through writing them), at this time I went on to playing organ, guitar and singing in various folk, jazz and rock bands, and also picked up the cello and double bass in school/college orchestras.

When I went to study composition for the first time at Birmingham Conservatoire I soon realised how little I knew of contemporary music and it took me at least the next 4 years to soak up and somewhat internalise what was at first a shock to the system artistically. I suppose in general I’ve tried my hand at most things except graphic scores and overly conceptual music (I’ve always been a bit of a nuts and bolts composer!), and over the last couple of years have finally started to get the feeling that I’m connecting many of the often contrasting threads that have gone through my musical tastes, and am developing a more personal language. As for pivotal points I can’t remember exactly what made me want to concentrate on composition, though it was probably listening to Bach, but starting at Birmingham, and then at the Royal Academy in London where the standard of playing was so high, were probably pretty pivotal.


How do you start a new work/what is your composing method?

Every time I start a new piece I have the feeling that I haven’t got a clue what I’m doing, and can’t believe I’ve ever managed to write anything before.

I usually start with something small that I’m confident in, and will generally have a detailed and confident idea of this. Then it’s all about working hard and living with the material in order to find context, more and more I realise that context is everything and it is always a challenge to find this in the beginning stages of a work, but once things start to click it’s a great feeling. Each piece has it’s own identity and getting a sense of that always takes a little time (though occasionally things pop out more or less fully formed..). I never use a computer except for copying up at the end, but whether at the piano, the desk, on a walk, a bike ride, cooking dinner, watching tv or lying in bed I am working in one way or another – living with your ideas is important I think.


What living person do you most admire, and why?

Pretty much all the people I admire the most are dead – it’s usually the case with composers!


How do you feel about the opportunities that are available to composers?

They are few and far between.


What would be your advice to other young composers today?

What does the future hold for you? What are your next steps going to be as a composer?

I don’t know, it’s difficult to live more than a few months ahead of myself. I’m into a PhD at the Royal Academy of Music so I hope to continue with that and look for a decent job at the end of it, but all I’m aiming for ultimately are chances to write and develop my work with ensembles and instrumentalists.


You can join Robert and the other OPUS2016 shortlisted composers on 22 & 23 January 2016 for two days of workshops at the Barbican in London, with discussions and performances of the pieces these composers have been working on. Find out more and how to reserve your place here.
Posted by Britten Sinfonia at 10:52