Ahead of our At Lunch Three tour, James our Concerts Director, shares an introduction into the work of Toru Takemitsu, whose music is featured in the programme... 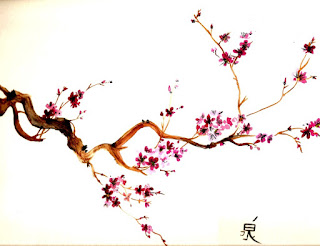 The timing of our Britten Sinfonia At Lunch Three tour this week is particularly poignant, as our musicians Emer McDonough, Lucy Wakeford and Clare Finnimore perform Toru Takemitsu’s trio for flute, harp and viola Then I Knew t’was Wind, marking the 20th anniversary of the composer’s death, 20th February 1996. Takemitsu is a composer I admire greatly, his music much like that of Messiaen’s: inspired by nature, the environment, Japanese cultural aesthetics but also his bold confrontation of social and racial boundaries of his era (he was commissioned by Leonard Bernstein and the New York Philharmonic back in the 60s, at the time hailed as one of the world’s leading composers).

Although he later confessed that as a young man he had little or no knowledge of traditional Japanese music, Takemitsu’s incorporation of traditional Japanese instruments (particularly the biwa and shakuhachi) and non-Western themes, notably in his earlier works Eclipse and November Steps, led where others feared to tread at a time when the Darmstadt School were by far the loudest voice in the classical music scene.
Takemitsu is in good company for our hour-long programme featuring some of the relatively limited catalogue of repertoire scored for this configuration of flute, harp and viola, particularly Debussy’s trio written for the same ensemble. Sixty years earlier, Debussy was experimenting with incorporating aspects of the unfamiliar into the familiar, a process of ‘borrowing’ from different musical styles and traditions, a process and a work with which Takemitsu was evidently familiar.

Personally, Takemitsu’s musical logic speaks to me, not purely through a string of evocative titles (it really is much more than that), but in how this music ‘breathes’ so-to-speak; the fact that he was largely self-taught and unafraid of pastiche, but also how this endearing somewhat patchwork approach to composing provides a glimpse into his philosophical, ethereal approach to The Cosmos.

For more on Takemitsu, I’d recommend his autobiographical treatise Confronting Silence, published a year before his death, and also Tom Service’s 2013 Guardian article, which is available here.

An extended version of this programme will also be performed at Southampton's Turner Sims Concert Hall on Thu 25 Feb. More info here
Posted by Britten Sinfonia at 17:31