Photos from the Mexico tour

Back in March Britten Sinfonia visited Mexico for the third time. We performed four concerts in Mexico City, Leon and Guadalajara as well as some impromptu string quartet performances at the end of the tour in locations across Mexico City.

On first arrival in Mexico our dedicated team of Britten Sinfonia runners took the opportunity to explore Mexico City; 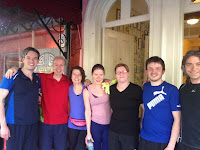 Our first concert at the magnificent Castillo de Chapultepec in Mexico City. Here's the view from the Castle taken by our Chief Exec whilst the orchestra rehearsed; 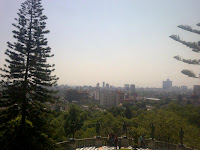 This concert celebrated the 70th anniversary of the Anglo-Mexican Foundation. Ariette Armella kindly took some photos during the performance;

When we arrived in Leon we were surprised to come across some giant billboards featuring Britten Sinfonia (photo by Principal 2nd Violin Miranda Dale); 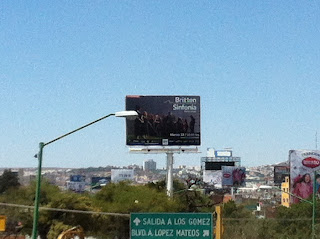 And following the performance in Leon we enjoyed a post-concert meal; 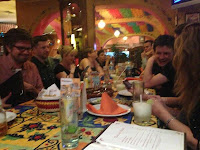 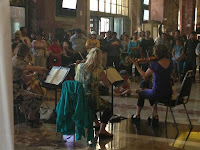 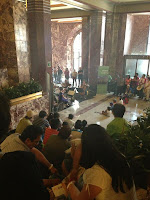 We'd like to thank the Anglo-Mexican Foundation, the British Council (Mexico) and Cambridge English Language Assesment for funding this tour.

Posted by Britten Sinfonia at 16:48