Ahead of our programme entitled Stravinsky & Neo-Classicism featuring Barbara Hannigan this May, Britten Sinfonia programme note writer, Jo Kirkbride explores the classical line of descent from Mozart to Stravinsky;


If Mozart and Stravinsky were both alive today, it’s unlikely that they would be friends. Although both their music and their careers share many common themes, the two had strong – and opposing – opinions when it comes to the meaning of music.

For Stravinsky, music was not about expression:

Stravinsky: ‘I consider that music is, by its very nature, essentially powerless to express anything at all, whether a feeling, an attitude of mind, a psychological mood, a phenomenon of nature, etc... Expression has never been an inherent property of music. That is by no means the purpose of its existence.’


But Mozart could hardly disagree more: 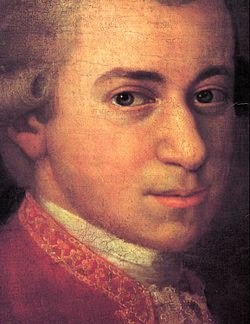 Mozart: ‘Neither a lofty degree of intelligence nor imagination nor both together go to the making of genius. Love, love, love, that is the soul of genius.’

Despite their differences, Stravinsky learned a lot from his predecessor and many of his greatest works owe their inspiration to Mozart’s masterpieces. Stravinsky was also outspoken about his respect for Mozart’s genius:

Stravinsky: ‘I remember being handed a score composed by Mozart at the age of eleven. What could I say? I felt like de Kooning, who was asked to comment on a certain abstract painting, and answered in the negative. He was then told it was the work of a celebrated monkey. “That's different. For a monkey, it's terrific.”’

Both found fame with their large theatrical spectacles, and both were no stranger to controversy. When La clemenza di Tito was premiered in September 1791, the audience – who were more familiar with Mozart’s thrilling opera buffa – responded less than enthusiastically and the mood was best summed up by Empress Maria Louisa, who famously dismissed it as ‘German hogwash’. The audience were a lot less polite at the premiere of The Rite of Spring – its subject was considered so scandalous that it caused a riot in the theatre, and the Musical Times later wrote in their review that ‘practically, it has no relation to music at all as most of us understand the word.’

In the mid-1920s Stravinsky began to explore the music of the past in what became known as ‘neoclassicism’. Although the name is misleading, as this period encompassed much more than just the classical era, Mozart became a central figure in Stravinsky’s look back at western classical music history. For Stravinsky, this period was characterised by delicate, stripped-down forms and procedures, and he abandoned the large orchestras demanded by his previous ballets (such as Petrushka and The Rite of Spring). More importantly, he revisited classical and baroque techniques, pitting classical harmonic principles against the new sound worlds of the twentieth century.

It wasn’t just the music that he borrowed from Mozart either. The story of The Rake’s Progress is another incarnation of the Don Juan legend, which was made most famous in Mozart’s opera Don Giovanni. Stravinsky’s work is unmistakeably a homage to Mozart’s original: it is scored for the same forces as Don Giovanni and imitates many of the hallmarks of Mozart’s operatic style, including the traditional recitative and aria forms. Only the harmonic language gives away its modern birth date, and even this is sometimes distorted to affect a more convincing portrayal of the classical style.

So what of the suggestion that Stravinsky’s neoclassical works are just cheap rip-offs of Mozart’s best party pieces? Stravinsky had his own answer for that:

Britten Sinfonia perform Stravinsky & Neo-classicism with Barbara Hannigan on Tuesday 5 May at Birmingham Town Hall, Wednesday 6 May at the Barbican, Saturday 9 May at Saffron Hall and on Tuesday 12 May as part of the Brighton Festival. For full details and to book tickets click here.

Posted by Britten Sinfonia at 10:05