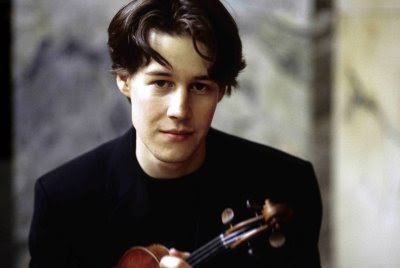 Since making his concerto debut with Kammerphilharmonie Graz in 2004, Thomas has appeared frequently as soloist with orchestras including the Gävle Symfoniorkester, Orchestra of the Swan, Orchestra da Camera, Bath Philharmonia and the London Soloists Chamber Orchestra. In 2008 Thomas premiered Seeing Is Believing, a concerto for electric violin by Nico Muhly, with Aurora Orchestra, and also performed Thomas Ades’s violin concerto in LSO St. Luke’s with London Contemporary Orchestra.
Posted by Britten Sinfonia at 10:15