Ahead of the OPUS2016 open workshops taking place this week at the Barbican (Friday 22 & Saturday 23 January), we asked our ten shortlisted composers what inspires them...

Everything really... I still get very excited when I see/hear people playing instruments, and the idea of writing music is still an inspiring thing. Apart from music itself anything with a strong character or feeling to it can suggest ideas... it’s hard to say exactly where and when and what you’re inspired by most of the time, a lot is also subconscious I think. Nature is always a source of fascination, pleasure, truth and inspiration to me though, as are relationships between people. 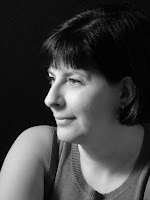 Visual sources. Abstract paintings, e.g. Paul Klee, Wassily Kandinsky. Poetry often shapes the outcome of my vocal music. Astronomical phenomena have a strong bearing on my music for traditional instrumentation. The rotational forces of the cosmos have certainly influenced my writing over the last decade. 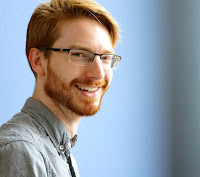 My pieces can be the result of inspirations from almost any subject or area. They don’t always have to be extra-musical, as often I find particular musical ideas are inspiration enough to write a piece. Recent pieces have been based on Spanish poet Lorca, the nature of musical speeding up and slowing down, the phenomenon of discovering historic hoards, the science of animation and Arabic art. In the past five years I have found science in particular a fertile are for exploration. Scientific models can be represented in fascinating musical ways. This is something I want to explore more in the future. 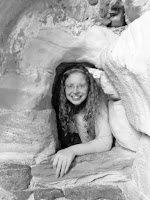 Everything but particularly other art forms, visual art, drama, dance, poetry and literature, all sorts of music, lately I think listening to electroacoustic music has changed the way I think about composing a lot. I listened to a lot of popular music growing up and still do and I think this has had a big effect on me too. 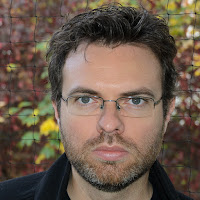 I would say that what inspires me is indeed the mystery music still is, and how it makes me feel and think all sorts of things. I get inspiration from other people’s music because it transforms me, and because I can hardly picture myself living without it. Music is a kind of ‘speaking sound’, and in this sense I can hear the human voice in it. I am also an audiophile, very interested in Hi-Fi and acoustics. I take much pleasure from the ‘plastic’ aspect of sound and from sound reproduction fidelity.

Many things inspire me: recently these have included visual art, medieval music, architecture, food, political issues... It’s impossible to pin down any one point of inspiration because I enjoy the fact that many seemingly unrelated things can collide together as I work.

Anything from a novel, a line in a poem or an image to a noise, sound or smell from traveling and the real world. I gain constant inspiration from contemporaries and older composers and would cite particular influence from Nielsen, Sibelius, Purcell, Ligeti, Harvey, Grisey and Japanese music and aesthetics.

My inspiration for pieces is often drawn from eclectic places – unless it is a commission with a specific theme. I have a big interest in orchestration and find that I spent a lot of time of this once my musical ideas are formed. I always find brilliant examples in the works of Ravel, Varese, and Takemitsu, as well as contemporaries Philip Hurel and Magnus Lindberg. My compositions often take a directive to effect the listener in a range of emotions.


A difficult question since I cannot pin it down to one thing. The impulse, idea, can come from a number of sources; fine art (particularly important for me in recent times), literature, landscapes, environmental sounds, pieces I have heard, plain curiosity. Any piece I write usually takes up something that was present, to one degree or another, in a previous piece of mine.

Everything and anything. It could be a sound, or something visual or perhaps an idea I want to explore.


Click here to book your free place to attend one or both days of the OPUS2016 open workshops at the Barbican (22 & 23 January).
Posted by Britten Sinfonia at 16:09