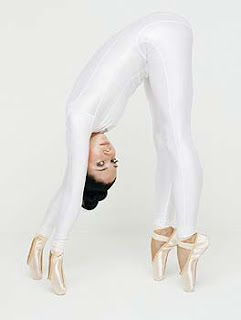 Richard Morrison in The Times last week summed up well a central element of the Britten Sinfonia philosophy: 'How refreshing to find a full house for a concert with the dread names of Schoenberg and Karl Hartmann on the programme. It’s a signal of the trust that the Britten Sinfonia has forged with its audiences. The regular punters know that, however unfamiliar the repertoire or disconcerting the leaps across era or genre, this adventurous chamber orchestra will always put across the music with flair and commitment.'

He came to our concert in Cambridge with Alina Ibragimova - repeated later in the week in Norwich and London - and we know from our audience feedback that many of you agree with him: you can read the full review here. Karl Hartmann's Concerto Funebre was both a discovery and a revelation for many, and Alina's impassioned yet controlled playing made a huge impression.

This week and next we are with the Michael Clark Company at the Barbican Theatre. His three year Stravinsky Project culminates with a new work, I do, presented alongside O and Mmm… in one highly charged evening. I do, set to Les Noces, concludes Clark's dialogue with Stravinsky in the affirmative, confirming and celebrating the marraige between classicism and modernism, tradition and innovation - a marriage which is at the heart of both Stravinsky's music and Clark's compelling choreography.