Not one, not two, but six pianists 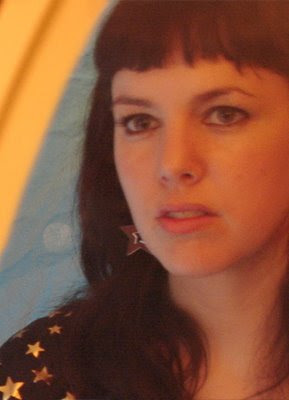 Anna Meredith has written Left Light for two pianos and Britten Sinfonia; commissioned by BBC Radio 3, it will receive its world premiere at our Prom on 9 August. We will be joined by no fewer than six pianists: Katia & Marielle Labèque, Simon Crawford-Phillips & Philip Moore, Lydia & Sanya Biziak. Full repertoire here, but as well as Anna's new piece, there are works for two pianos by Mozart and Lutosławski.

The afternoon of 9 August seems many hot, lazy days away, but I am flagging this concert up now because it is selling fast and I don't want you to miss out on tickets!
Posted by Britten Sinfonia at 11:03 No comments:

With Henning Kraggerud at the City of London Festival 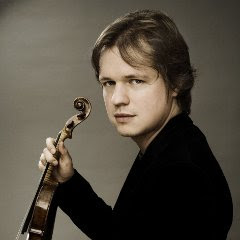 We are joined by Norwegian violinist Henning Kraggerud for our concert on Thursday at the City of London Festival. The movements of Vivaldi's ever-popular Four Seasons are interspersed with works by Erik-Sven Tüür, Einojuhani Rautavaara and Esa-Pekka Salonen, reflecting this year's festival theme, which focuses on 'the latitude of 60°N, connecting the Northern Isles of Scotland to the Baltic shores of Russia through music and other artforms. Like London, the northern cities of Kirkwall, Oslo, Stockholm, Helsinki, Tallinn and St Petersburg are historic maritime trading places and are also vulnerable to rising sea-levels as a consequence of climate change. We explore the nature of these northern places through the work of world-class dance and music performers, classical music composers and other artists. The environment and sustainability are common themes running through the Summer Festival.'
Posted by Britten Sinfonia at 08:30 No comments: 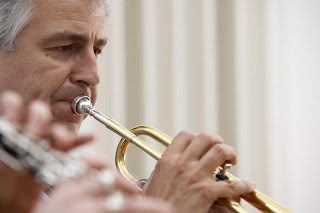 Our brass players are performing in the University Botanic Garden later today, at a garden party to celebrate the 425th anniversary of one of our major sponsors, Cambridge University Press. As I write, a major thunderstorm is passing over Cambridge, but this being England in June, there is every chance of it blowing over and the sun shining later.

Posted by Britten Sinfonia at 13:57 No comments:

To Wyastone with Alina Ibragimova: Bach Plus 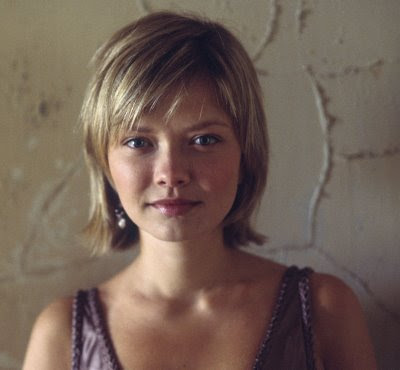 The concert contrasts four of Bach's works with two seminal 20th-century pieces by Berg and Kurtág. The unsurpassed master of counterpoint – the language of the Baroque – Bach wrote his 'Art of Fugue' as a definitive exploration of the fugue form. Three Bach concertos are played by ‘scorchingly good’ (The Times) young Russian violinist Alina Ibragimova. Kurtág acknowledges his debt to Bach in his Signs, Games and Messages, which includes ‘Hommage à J.S.B.’, an exploration of a Bach-like melodic line.

‘With Ibragimova, every tone colour is at her fingertips, yet she's never the mechanical doll. She's already gone beyond superb technique; she feels and lives the music.’ The Times
Posted by Britten Sinfonia at 11:29 No comments:

'...but most of MacMillan’s score, which is superbly played by the Britten Sinfonia under the composer’s direction, is much more jolting, visceral and jittery: harsh, quickfire bursts of instrumental dissonance, or sweet, smeary consonances that are, if anything, even more disconcerting.' Richard Morrison in the Times on James MacMillan's Parthenogenesis (you can read his full review here). It is a dark tale, but with those searing moments which MacMillan creates with such intensity. Some critics have suggested the work is not really an opera; I disagree - it is certainly cerebral, but Katie Mitchell's production unpicks an 'unrealistic' story to make you think carefully about its central issues: the conflict between genetic science and virgin birth, what is a contemporary angel, and the uncomfortable mother-daughter relationship.
Amy Freston and Stephan Loges are the singers, and James MacMillan conducts.

Some tickets are still available for tonight and for the final performance tomorrow, 18 June.
Posted by Britten Sinfonia at 09:08 No comments: 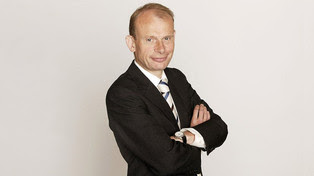 Katie Mitchell joined Andrew Marr on his 'Start the Week' programme on BBC Radio 4 this morning to discuss her production of James MacMillan's Parthenogenesis. This opens on Wednesday at the Linbury Theatre in our co-production with ROH2. Listen again on iPlayer. Tickets for some performances are still available.
Posted by Britten Sinfonia at 14:06 No comments: 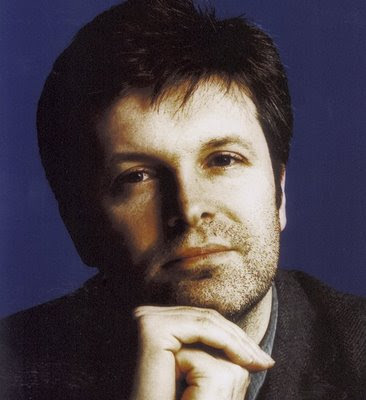 Back now from half-term holidays, just as we gear up for our next project, a collaboration with the Royal Opera House. James MacMillan's Parthenogenesis opens in the Linbury Theatre on 11 June, with further performances on 13, 15, 17 and 18 June. You can book tickets here. I'll be writing more about this production in the coming days, but do listen to James discussing his work on our latest SinfoniaCast.
Posted by Britten Sinfonia at 09:29 No comments: