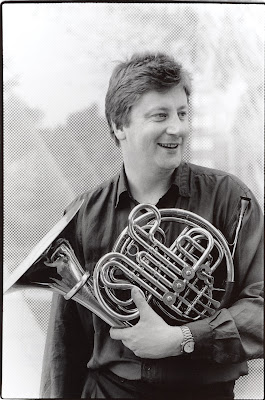 Our principal horn Stephen Bell conducts the Dr Who Prom on Sunday morning at the Royal Albert Hall: it's a family concert featuring music from the BBC's Doctor Who series, and including a specially filmed scene, written by Russell T Davies and starring David Tennant. There's also a selection of classical favourites with a strong flavour of time and space. Join Freema Agyeman (aka Martha Jones), and others from the Doctor Who cast, for an intergalactic musical adventure - with a little help from Daleks, Cybermen and other aliens from the series. It's not all Murray Gold: Copland, Holst, Wagner and Prokoviev are included, plus the premiere of Mark-Anthony Turnage's The Torino Scale.
Posted by Britten Sinfonia at 09:06