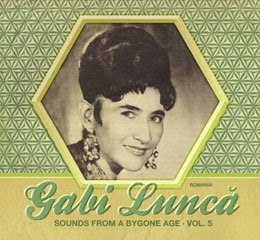 On Friday evening we are performing in the London Jazz Festival, with Joanna MacGregor, Dhafer Youssef, Peter Herbert and Satoshi Takeishi. Works by Dhaffer Youssef and Arvo Pärt frame the programme, and there is music by Bartók and Gabi Luncă. Joanna has written of Luncă: 'Spoken of as ‘Tziganza de matase’, the silken Gypsy woman, the silvery-voiced Gabi Luncă came from a poor family of musicians in the village of Vărbilău. In a unique musical partnership with her husband, the accordionist Ion Onoriu, she was seen as among the greatest Rumanian singers, the grande dame of Lăutari (Roma) music.

Motherless from the age of three, and never forgetting her deprived childhood as one of twelve children, she built a children’s home next to her house in Bucharest. She was recorded in her heyday in the 1960s, her songs elegantly speaking of yearning, anguish and loss; in Sus în deal, pe poienită a blackbird sings ‘Why do some have luck in abundance, while so little left for me?’'
Posted by Britten Sinfonia at 11:04